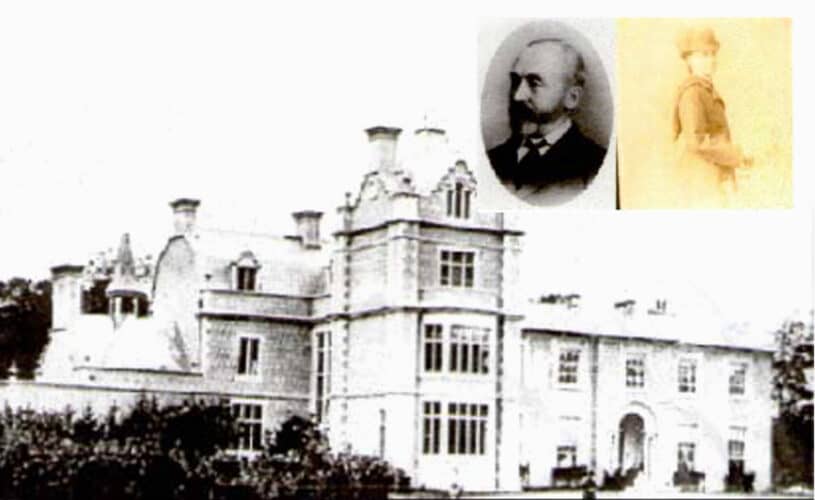 My great grandfather the Rev. Allen D Graham lived in Cossington Grange but sold this manor, together with much of the family silver and paintings, to pay for the 100 disadvantaged children that he looked after. He founded the Invalid Children’s Aid Association in 1888, known today as I-CAN, the national charity that helps children communicate.  This is his story…

Allen Dowdeswell Graham was born on 31st March 1837 in Bengal. His father was George Templer Graham and his mother, Frances Graham, nee Golightly.

In 1839 the family returned to England and Cossington but two year later his parents returned to India leaving 4-year-old Allen at the tender mercy of his grandmother. He had a typically strict Victorian upbringing. We can get an insight into how strict by a comment made by his father:

“Allen is very passionate, and I fear he will require incessant flogging.”

But this discipline manifested itself in an obtuse way as he showed signs of religious fervour, as remembered by his sister Helen (pictured above):

“At an early age, Allen, who was a very religious boy, insisted on holding a service on Sundays in his nursery. He would dress in his night shift which served as a surplice.”

Much of Allen’s formative years were spent travelling around Europe. He met Pope Pious IX (3 generations before I met Pope Paul II – see the photograph in Pooh’s Corner). One summer was spent in Geneva, a winter in Naples. In 1858 he went with two of his friends to the ‘Holy Land’ (Palestine and Trans-Jordan.)

Between 1851 and 1857 he attended Harrow and then went to university at Oxford. After graduation he took deacon’s orders and eventually was ordained.

In 1870, he gave a lecture on witchcraft found in the FREE SUNDAY ADVOCATE (National Sunday League Record):

WITCHCRAFT AND THE LESSONS WE LEARN FROM IT

He served at the church of St Paul’s in Covent Garden (where his founding of ICAN was commemorated 100 years later, attended by Queen Elizabeth II and yours truly). It was about this time he began to have doubts about Christianity and finally refused to take orders, thereby forfeiting the Golightly inheritance.

He threw himself into good works, one being the founding of Stawell and Sutton Public Elementary School (just across the hill top from Cossington). He sent this letter to all parents:

To the Parents of Children attending Stawell School

You have no doubt heard that a great stir is going on through the country in respect of Education.

An Act of Parliament was passed last year the object of which was to secure that every English child should have a good school within easy reach of his home, and where no such school exists the ratepayers are by this act compelled to provide one.

I am about to build a School for the parishes of Stawell and Sutton, and I want you to help me make this school a blessing for your children.

The way in which you can help me is very simple way but a very important way. You can help me by sending your children to school REGULARLY.

It is a pity you have to send your boys to work before they are ten years of age, and after ten it is desirable they should go to school whenever they can be spared from work. Above all, whatever their age, and whether boys or girls, it is most important that those that attend should attend regularly

Allen continued to modernise Cossington Park during his tenure and much of the character of the house that you see today came about at his hand.

Covid-19: Looking after you, click here for more information.

“The house is beyond beauty… We’ve had the time of our lives.”

Don't take our word for it - read what guests say too

Read the latest news and updates from Cossington Park

They deserve a break too - a warm welcome awaits